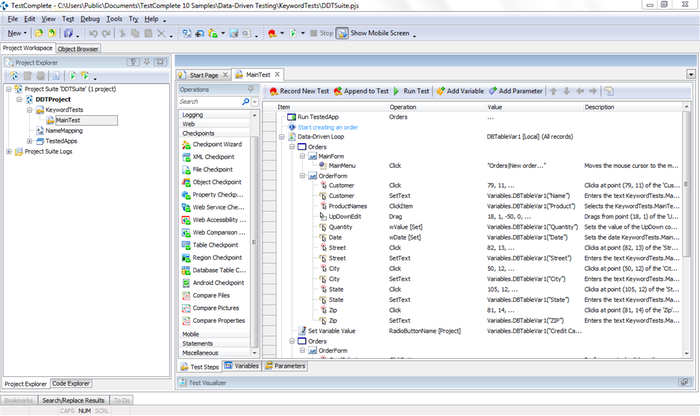 TestComplete Platform’s built-in Automated Test Visualizer captures not only screenshots, but also information about objects and properties for each screen. On each screen, the currently tested object is highlighted, making it easy to understand the current automated testing context. 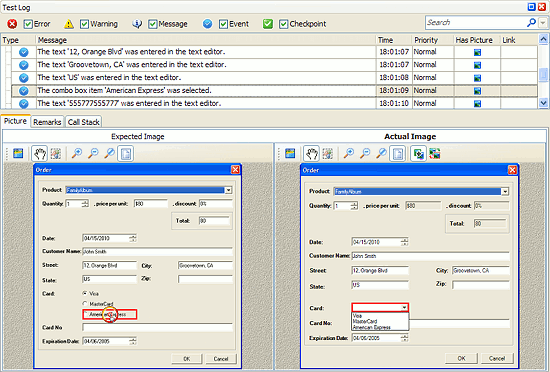 Automated Test Recording Engine provides you full flexibility and as a result you can append the recorded operations to existing tests instead of recording new tests. You just need work with the application under test – select menu items, type text, choose values from combo boxes, press buttons - and all your actions are recorded as automated test commands. 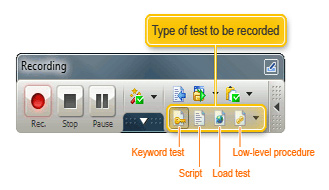 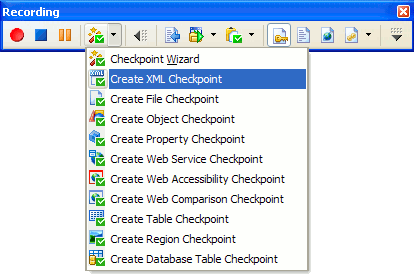 TestComplete Platform’s editor provides you with all modern code editing features that enable you to write scripts quickly, improve the script readability, and organize your code better. Also, TestComplete Platform comes with two types of debuggers: script and keyword, that allow you to halt test execution on a certain keyword test operation or a script line.

TestExecute allows testers to run and report on distributed automated tests run in a test lab, virtual machines, or even on the cloud. Additionally, TestExecute can be distributed to end-users (both within and outside your organization). 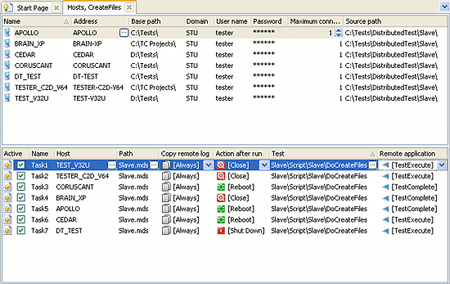 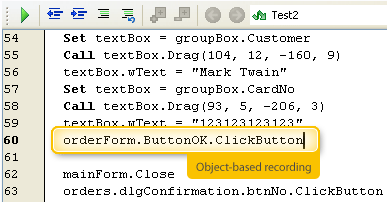 Detailed test logs generated by TestComplete Platform can be can be viewed directly in TestComplete, or can be exported to HTML, XML or MHT format. Testers can even post custom messages, images, files and other entry types to the test log. 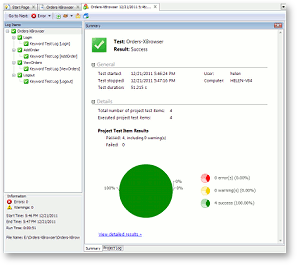 TestComplete Platform allows you to drive tests with input and expected values from an external data source instead of using the same hard-coded values each time the test runs. Using the data-driven testing feature of TestComplete Platform, you can thus increase your automated test coverage. 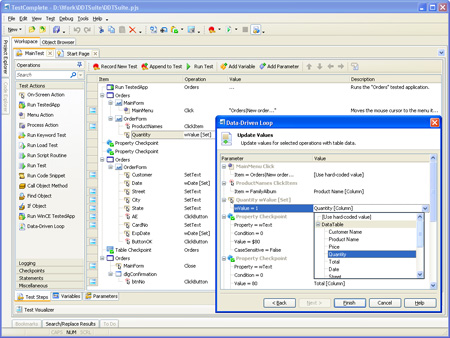 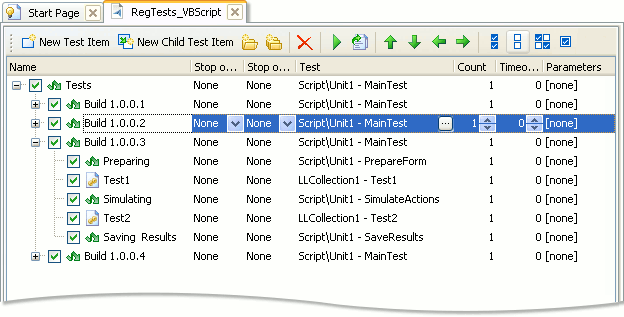 Your customers access your site on a variety of different browsers. Making sure your pages look the same across all those browsers is hard. Mogotest simplifies that process. Gone are the days of having to boot up a bunch of different machines just to check how a site looks on a set of browsers. Our services automates the entire process and presents you with a browser compatibility report, highlighting which pages look different, which browsers they look different in, and which sections of the page are problematic.

The DreamFactory Services Platform (DSP) is an open source software package that provides a REST API for mobile enterprise application development. DreamFactory enables the enterprise developer to quickly hook up a wide variety of backend systems and expose these assets with a comprehensive palette of RESTful services.

BootStrapToday is The Next Generation Software Project Management Tool. It adds intelligence, integration and automation to the software development process and makes development team highly productive.

Allows you to create and edit GUI objects for multiple platforms simultaneously. Generates code for you right in the target file. Includes event handlers.

Cloudability helps you keep track of your cloud spend, eliminate waste and pull all your cloud accounts into one place.

The flexible and scalable issue tracker for &#x3;software teams.

Zeendo is a cloud website builder that allows you to create awesome websites that adapt to any device (PC, tablet and mobile). You don’t need any technical knowledge to use it, and no downloads or installation are required.

Millions prefer video over text & photos only. With VodoModo use all 3 on the most visited Points of Interest worldwide to drive sustained engagement for your location, nav, travel, and .edu apps and services. 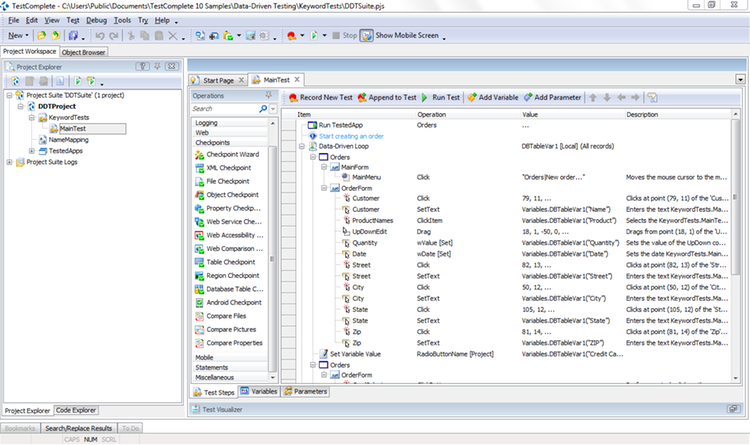 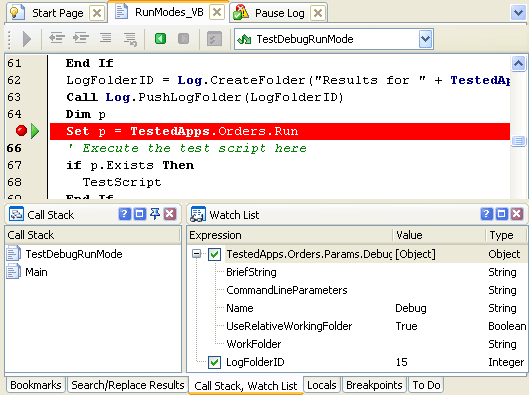 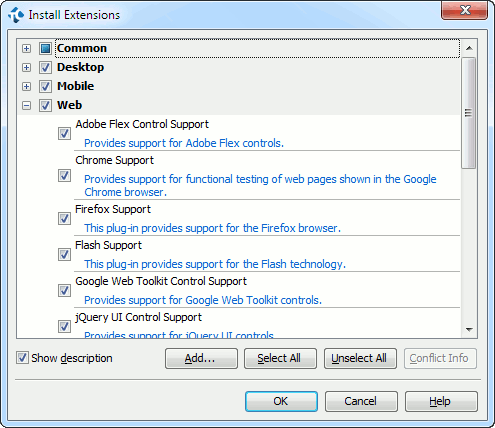 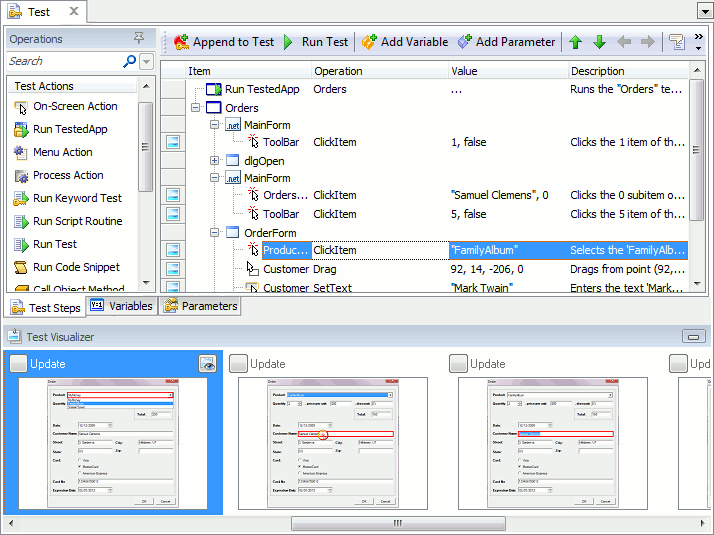